Follow us as we introduce new heroes and villains into the story as E.P.I.C fights his way back to the city setting up the first of many battles to come. Welcome it.

Posted by Dark City Comics at 12:01 PM No comments:

Posted by Dark City Comics at 9:59 PM No comments:

Here it is!! Alloy &Torque: Trainwrecked!!

Posted by Dark City Comics at 8:29 AM No comments: 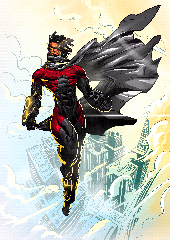 Posted by Dark City Comics at 6:51 AM No comments:

First blog entry of many. I'm new to this so bear with me. What up y'all? This is Lonnie "Lo" Plater, lead writer for Dark City Comics. A lot of people may have questions so let me get them out of the way now. Feel free to add more if I missed any.

First of all, where can we find you?

Who is Dark City Comics?

Simple. Me and several artist I work with from issue to issue. I usually commission artist but i'd love to create the utlimate team. Now its just several different artist though.  Most notably Brian Fajardo, he's gonna do majority of our covers for our "Remix" issues but we are looking to get work from some industry names as well

So how many of you are there?

Well it was initially just the two of us, and then there were four of us, but for whatever the reason we are back down to the one of us. Unofficially, it's about five core artist but we're always down to work with hungry,talented individuals. I think this is a massive undertaking and its more work involved than most newer artist realize

Just to make amazing stories that all people can enjoy. We'd love to venture into animation, I think that Epic would be a damn good story that could transfer over into an animated movie very well. Also a toy line and all types of merchandising.

How'd you get into comics?

Well it was a lil’ different for me. I grew up in the Ghetto's of Landover Md. My entire comic universe consisted of a small newsstand carousel in the back of the 7-11 near my apartments. For some odd reason the guy would stock the normal Batman, Superman, Spider-man etc.. He also stocked any black superhero anything he could find. When Milestones first launched I was in hood hero heaven. Mr.T also had a series and I loved Shadow Hawk (didn’t even know he was black) I had a small intro to the comic world plus it was inconsistent so whatever story I wasn’t able to get a hold of I would imagine what happened in that book, started writing, started rapping now I'm back to writing. Loving every minute of it.

What do you think you're bringing to the comic world?

I would like to think we're bringing new light to the Black heroes. Just showing us in a more regular light than how we've been portrayed in the past. Also just different heroes and villains from different ethnicities and all walks of life. Most comic universes are 80% white, 5% alien origin, 5% machine 5% monster/creature 2% animal 3% ethnicity (all inclusive). I think the reason for that is similar to mine, most people draw from their life experiences and surrounding so if the writer's white the bulk of his/her universe will be as well. No biggie.

So this is a "Black" Comic Book?

No! This is my comic universe based on the environment I grew up in. I didn’t grow up in rural suburbia so my books don’t reflect that lifestyle. I'm from the urban side Landover Md, DC Metro Area (95% black). For those of you who don’t know, that is where Maryland, DC and Virginia meet so you can imagine the types of folks I've come across in my lifetime. Good, bad and a trailer load of ugly.

No. You'll be able to read our books and enjoy them just like you would any other title your currently into.

How'd you come up with Epic?

I have two previously written books. I wanted to see if I could actually write a series. The story E.P.I.C revolves around this young college sophomore Chris Taborne. Through series of unforeseen events stumbles upon one of the mightiest weapons in the galaxy. He's given powers that he doesn’t understand and can barely control. With his new powers he also unleashes new powers into the world and random people are given superhuman abilities. Both good and bad and for some reason or another they are all drawn to the source, him. Now with the aid of an unlikely mentor and an absolutely evil man who will stop at nothing to gain control of his powers. He has a new mission in life, Save the World. He is now Earths Protector In Crisis.

Well; if all goes well we'll be creating a new creative team and releasing a couple books a month both hard copy and digitally. 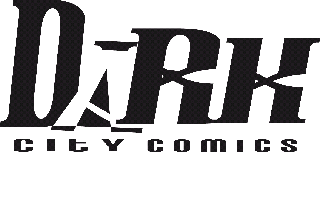 Posted by Dark City Comics at 6:06 AM No comments: